So SUM is out and it’s been an absolute whirlwind of a time! We’ve already been half way through our run – and we’ve got three more days to go (4th, 5th and the 6th December). You can buy tickets here.

I want to thank my lovely cast and crew: Eleanor Russo, Briony Wyatt, Lydia Kay, Meli Crossey, Chris Callow Jr. and Lucy Ann Harrison, for making this wonderful vision and dedicating your time, passion and energy to the project! I also want to thank JB for his design wizardry and Tom Wilson for his recording skills!

I also want to thank Playdead Press for publishing the playtext and producing this beast of a cover (it’s absolutely beautiful!)

We also have an amazing review from Prof Adam Roberts – you can check it out here. Do have a look at his blog in general for his critical wizardry!

Later this year (not much of it left!), I will update everyone with hopes and plans for Stars or Mars, 2015!

August is one of those months where the SF world and the Theatre world are hives of frantic, buzzing, beautiful energy – there’s no better time to celebrate the collision of these great dimensions than now! Loncon 3 has rustled up some theatrical treats for the huge convention coming up – you can see the line up here: http://www.loncon3.org/events-theatre.php

There are also panels for SF Theatre on Saturday 16th August.

At 12-1pm, there is a Genre on the Stage Panel with Neil Williamson, Tajinder Hayer, Erin Horakova, Jeanne Beckwith at the Capital Suite 5 (Level 3) from 12-1pm, discussing all things SF/Fantasy on the stage from Shakespeare to present.

I will be on the panel for Staging the Fantastic on Saturday 16th August:

Erin M. Underwood, Susan Gray, James Patrick Kelly, Geoff Ryman, David Wake
Is this a golden age for genre theatre? On both sides of the Atlantic, fantastical theatre has seen notable successes in recent years – from ‘blockbuster‘ productions at the National Theatre of His Dark Materials and the original Tori Amos/Samuel Adamson musical, the Light Princess, to smaller, thought-provoking independent work from groups such as The Alchemist Theatre Company, Unlimited Theatre, Luna Theatre Company, and the BFG Collective. Earlier this year, Stage the Future was the first international academic conference on SF theatre; and the forthcoming anthology Geek Theater collects genre theatre by numerous playwrights and other SF authors. So what are the challenges and opportunities of putting SF and fantasy on stage? How does SF theatre use special effects, which are so central to other forms of visual SF? And how is the audience for SF theatre growing and changing?

For all you Lon-conners, it would be great to see you there!

I will also have some copies of Notes from Other Worlds (my SF monologue collection) available to buy, which is being published by Playdead Press! 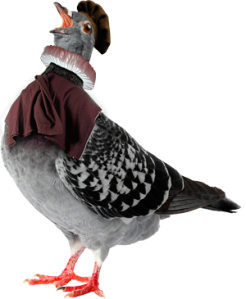 After the convention will be our stint at the Camden Fringe! Terra Firma, our PA play, will be at the Etcetera Theatre in Camden:

You can find out more about Terra Firma here.

So all in all, an exciting month! 🙂

GLIMPSE of the Future – It begins!

So the first meeting of GLIMPSE of the Future collaboration was on Monday 30th June – discussing ideas between artists and futurists with which we can stage future scenarios both good and bad – so that the dialogues discussed will exist well beyond the final curtain. With Science Fiction Theatre, there is something about the liveness of the activity, the embodiment of a world between performers and audience, the reliance on language, gesture and sound to bring these concepts to life – and it’s something I want to emphasize with GLIMPSE.

Why GLIMPSE, you ask? I came up with this acrostic that sums up our collab quite nicely: Gauging Live Investigations into Mindful and Plausible Speculative Events. What’s exciting about this stage in the project particularly is that starting almost from tabula rasa enables us to explore and roam freely into any area we feel like (within reason, of course), but with that there’s always an element of fear and risk. It’s those feelings that can be comparable to thinking of the far future.

In our first meeting, we discussed events in the next 50 years – how certain concepts would be defined, how would we see ourselves as individuals and how would our interactions change? How would our next generations be educated – and how could we continue to become educated and empowered in later life? What would empowerment even mean? What would enhancement entail – and what would be the costs of these? How could we be happy in the future? How will people be self-sufficient? Would we update our concept of normality?

These discussions were just the tip of the iceberg, as is this photograph of one of our brainstorming sessions:

I’m looking forward to our next meeting – thank you everyone for getting involved!